A conscious relationship is one in which people are awake to themselves, their feelings and thoughts, and are open to the flow of love and attention with one another. 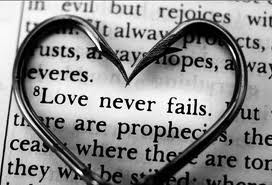 Below are few examples of co-dependent vs. conscious behaviour that you might be able to identify on which side of the spectrum you tend to fall.

1 ) Co-dependent: “You have difficulty allowing others to feel their feelings. If someone feels bad, you rush in to make it better because you think it’s your fault. You worry about other people’s feelings frequently.”

Conscious: “You are able to be present and attentive when people around you are feeling their emotions. You encourage them to feel their emotions deeply and to express those feelings openly.”

2 ) Co-dependent: “In spite of your ‘best efforts’ people around you do not change their bad habits.”

Conscious: “You commit to stop enabling the bad habits of people you care about. Instead, you take effective actions that give people the opportunity to take full responsibility for their own well-being.”

3 ) Co-dependent: “You have secrets. There are things you have done or not done that you are hiding from another person.”

Conscious: “You have no secrets. You reveal rather than conceal. You understand that hiding your feelings causes you to withdraw from intimacy, and you take every opportunity to speak honestly about your feelings.”

4 )  Co-dependent: “You do not let yourself feel the full range of your feelings. You are out of touch with one or more core emotions such as anger, fear, or sadness. Anger is a particular problem for you. You find it hard to admit that you’re angry, and you have trouble expressing it to other people.”

Conscious: “You recognize the body sensations that let you know you’re angry. You communicate about all your feelings in a straightforward, easy manner that others can understand.”

5 ) Co-dependent: “You criticize or get criticized frequently. You have a strong, nagging internal critic that keeps you feeling bad even in moments when you could be feeling good.”

Conscious: “You experience very little criticism, either from outside or within. Your internal critic is in full retirement, having been replaced by a strong inner appreciator.”

Conscious: “You are aware of those things you can control and the things you cannot control. You put your attention on things you can change, such as expressing what’s true and keeping your agreements, and you make choices that support those areas you can actually influence.”

7 ) Co-dependent: “In arguments, much energy is spent in trying to find out whose fault it is. Both people struggle to prove that they are right, or to prove the other wrong.”

Conscious: “When difficulties or differences arise, you shift into wonder and healthy responsibility, asking, “Hmmm…, how am I creating this, and what could I do differently to create a better result?”

8 )  Co-dependent: “In arguments, you find yourself pleading victim or agreeing that you were at fault.”

9 ) Co-dependent: “You frequently agree to do things you do not want to do, feel bad about it, but say nothing.”

Conscious: “You consider every agreement before making it, and listen closely to your body wisdom as well as your mind as to whether you should make it. You keep the agreements you make and know how to change an agreement that isn’t working.”

I often get asked on what are the most important elements of a lasting relationship? Through the various research and self-help books I have read I have identified the following categories:

Lasting relationships use whole-hearted commitment as a place to come home to and to steer the relationship. 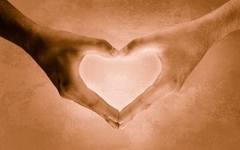 Commitment locates you on your relationship map so you can move from where you are to where you want to be. Recommitting when you mess up is the key, and recommitting to reveal your true self and your true feelings is the crux of it. For example, committing to reveal gains real traction when, in the moment of noticing that you’re concealing anger, you take a breath, recommit to revealing, and share the experience of being angry. What doesn’t work is concealing, noticing the concealing, blaming yourself for concealing, feeling like a failure, noticing that your partner conceals too and jumping on the blame merry-go-round.

Blame to wonder: “When issues or differences arise, lasting relationships cultivate and use the wonder move rather than the popular blame move. Each person gets genuinely curious about how s/he is contributing to the issue. It might sound like this: ‘Hmmm… I wonder how I’m creating this?'”

Emotional transparency: “People in lasting relationships savor their inner experiences and communicate them easily to each other. The art of being present, giving loving attention to what’s going on and describing that in a way that not only matches the feelings and sensations, but also lands for the listeners, turns talking into discovery. Truth changes from a report of what just happened to a flow of renewed interest in each other. It’s also really sexy.”

Appreciation: “Partners engaged in lasting relationships understand that the flow of love is most quickly enhanced by the ongoing and multi-faceted practice of appreciating. We appreciate verbally, non-verbally, in song and spontaneous dances, with notes, through special foods, with essays and flowers. We especially enjoy assisting others to expand their appreciation vocabularies and have created menus of appreciation that people can find on our website.”

Creativity: “A close relationship liberates a huge amount of energy, and many people waste that energy in conflict and power struggles. Lasting relationships fuel their creativity and co-creativity with the free attention and flow of love that allows them to co-create. Instead of pushing against each other, they join to move powerfully in chosen directions.”

3 thoughts on “Conscious relationship versus a co-dependent one”