Often I hear family, friends, colleagues, clients even people I come across in my day to day life talking about constantly feeling tired, out of energy, and drained.  Where is this coming from? Often we blame others, people at work, angry commuters, friends and other situations we find ourselves in. When it comes to people, these are individuals that intentionally or unintentionally drain positive energy from your life, often refered to as Energy Vampires.

They are able to achieve this in a variety of different ways. If you stop for a second and think about all of the people you deal with on a daily basis, you might realize how certain individuals drain you out during the day. Just being around these individuals flat out sucks. These are people that intrude your life, make big deals out of nothing, complain constantly, criticize you for every little thing, and even blame you, and everyone else for the problems they created for themselves.

How so? Well, if you were to do an internal MOT, one would find a lot of negative energy trapped in your body, from thought patterns, belief systems, fear, processes we run in our head, to feelings, insecurities, and all the guilt that we carry inside of us. We are like a mirror to each other, what we see and attract in others is what we have too, therefore according to the law of attraction we are attracting these energy vampires into our life as we have not yet created that body, mind and spirit balance. 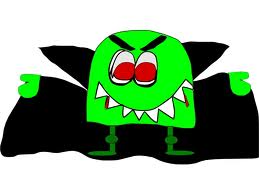 Most of these energy vampires don’t even realize what they are doing. They are caught in a never ending cycle of negativity, subconsciously projecting all of that negative energy on the people they encounter in their external reality. Energy vampires leave you feeling empty and sluggish. Some are loud and aggressive, pushy and overbearing, and others may be soft-spoken and shy. They come in all shapes and sizes. Energy vampires may not be deliberately, maliciously stealing your positive energy, but they are in no way contributing to your overall well-being.

If you looked at humanity as one giant connected super organism, you would notice we all play a certain individual role. Each individual role adds to the collective whole. The collective whole is able to grow and evolve if each of its parts is functioning correctly. Energy vampires play the role of the cancer that eats away at this system. They are responsible for clogging the stream of positive momentum, filling the channels with negative energy and clutter. Growth remains stagnant without momentum. The super organism cannot grow the same way a heart cannot function without life blood pumping through it. Energy vampires clog the arteries of the super heart.

What are some traits of a vampire?

According to the law of attraction, Vampires only go where they are invited. You invited them in, and now they are prying on your weakness. Vampires tend to avoid difficult targets, as they won’t have much power over them.

Stop inviting negative energy vampires into your life. If an individual who you once labeled as your friend is draining you of all your positive life force, is this individual really still a friend? Just because they were in the past, does that automatically qualify them for the future? Future foes sometimes evolve from “friends” of the past. Everyone goes through difficult times in their lives. If you have already reached out and tried to help your “friend”, you have done enough. It is now all on them. Don’t feel responsible for their actions once you have consciously taken action to try to help them. This will only bring you down the path of negativity with them. 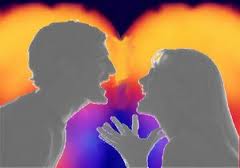 Vampires convert living beings into their kind because they feel lonely living in solitude. Energy vampires are usually lonely, as no one wants to spend time with them and their negative energy. Like vampires, negative people are incapable of generating their life force, hence the need to feed off the energy of others. Identifying these people becomes increasingly easier as you begin to realize these facts. The reason negative people can’t access their energy is because they have block off the inner source to the unlimited energy the universe contains. Energy vampires have internal conflict, which they in turn translate into external conflict for anyone who feeds into them.

On the next article I will be talking about Psychic defence strategies that you can adopt to help you in [protecting yourself from these Energy Vampires including your own self.  To be continued….